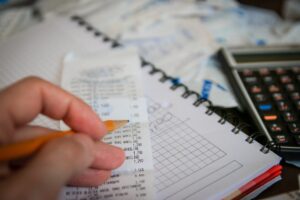 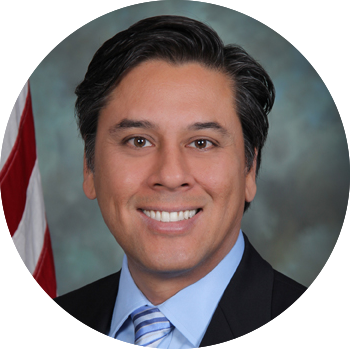 After the decedent dies, his or her assets become property of his or her estate. Any income that is generated by those assets is also part of the estate and may trigger the requirement to file an estate income tax return. Examples of assets that would generate income to the decedent’s estate include savings accounts, CDs, stocks, bonds, mutual funds and rental property.

Get an EIN for The Estate (IRS Form SS-4)

The estate of the decedent will need its own Employer Identification Number, which is like the social security number of an individual regardless of whether the estate will have any employees.

Normally, fill out a Form SS-4 with the client’s information and designate myself as the Third-Party Designee and have the client sign it so that I can apply online for the EIN on behalf of the client.

Federal Form 1041 is filed by an estate or trust having any taxable income, or gross income of $600 or more, regardless of taxable income, or that has a beneficiary that is a nonresident alien. By contrast, Form 541 California Fiduciary Income Tax Return must be filed by the estate or trust having net income of $100 or more, or gross income of $10,000, regardless of net income, or that has an alternative minimum tax liability.

The DNI of a simple trust is apportioned and taxed to the income beneficiaries automatically. The trust pays taxes only on capital gains and other income remaining with the principal, unless capital gains are included in the definition of “income” under the trust.

Likewise, a trust is also a separate taxpayer for federal and state income tax purposes. However, a trust is required to have a calendar year as its fiscal year. In cases in which there is both a probate administration and a trust administration (there are assets that do not pass under the trust and there is no pour-over will), the executor can elect that the estate and the trust be treated as a single taxpayer and may choose a non-calendar year fiscal year. (IRC § 645.)

Income in Respect of a Decedent

Keep in mind that individuals are generally cash basis taxpayers who report income when they receive it. It is common for the decedent to be owed wages or other earnings in the form of a last paycheck or unpaid commissions. Income in respect of a decedent (“IRD”) is income that would have been income to the decedent but was received after the decedent died. (See IRC §691.) This income will be passed through to, and must be reported on a tax return by, the estate or the individual beneficiary that had the right to receive the income.

In general, an estate must pay quarterly estimated income tax in the same manner as individuals. For more information on when estimated tax payments are required see the Form 1041 instructions.

Tax Implications for Sales of Real Estate by the Estate

It is common in an estate to sell the home of the decedent through the probate action. The escrow agent will report the sale of the home to the IRS on Form 1099-S. The escrow agent should report the sale under the EIN for the estate, not the social security number of the decedent. When the estate sells property valued at more than $600, it will trigger the requirement to file a Form 1041 income tax return for the estate. The estate will have to determine its gain or loss on the sale of the property under the usual tax code requirements. (IRC § 1001.)

A Franchise Tax Board Form 541 California Fiduciary Income Tax Return must be filed by the estate or trust having net income of $100 or more, or gross income of $10,000, regardless of net income, or that has an alternative minimum tax liability.

It’s due on April 15 of the following year, or on the fifteen day of the fourth month if the estate has a fiscal tax year. 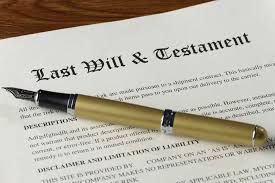 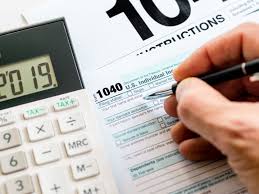 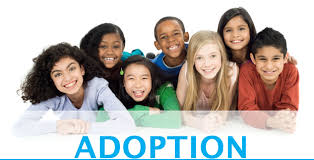